I am a comedian. But since covid hit, I’ve been sitting down a lot. In an instant, my schedule went from dozens of gigs in a year to almost none. Although some venues have reopened, many of my gigs have been moved to Zoom. Then, last month, my brother-in-law came to visit, bringing his VR headset and introducing me to open mics in the metaverse.

Stand-up comedy in virtual reality seemed to be no more satisfying than stand-up comedy on Zoom: technical glitches, inaudible laughter — in some ways the antithesis of good comedy, which thrives on rushed audience members caught sandwiched between strangers in a stifling theater with black walls.

But I was desperate. The loss of the old stand-up world was more than a blow to my income. It represented a massive psychological shift, the loss of a social and emotional outlet that for over 20 years had been the foundation of my mental stasis. My The first lame attempt at looking at an open mic VR was both intimidating and confusing. I donned Oculus Quest 2 glasses, held two plastic controllers that allowed my avatar’s hand movements to mimic mine, and inhabited my brother-in-law’s avatar, a cartoon horned fox who wore antlers adorned with strands of Christmas lights.

In real life, I was standing alone in a quiet living room, but what I saw through the glasses was a bustling three-dimensional bar. A super-tall death-like figure stood on a low stage, quietly rapping in freestyle, as various creatures from the forest and wavy polygons – participants whose avatars had not yet been rendered in detail – darted forward between the deck chairs.

I took the glasses off, thinking, yeah, that’s how I know I’m middle-aged.

I didn’t try again until a few weeks later when I heard about “Failed to Render”, a much neater comedy series hosted on AltspaceVR.

Founded in April 2020 — which makes it both very new and yet very old — Austin-based comedian Kyle Render’s show offers free nightly performances, apparently reaching more than 200,000 homes and counting. Comics are pre-selected and reserved, rowdy viewers are muted, sets are recorded and shared, and there’s even a VIP balcony. Render’s show succeeds, it seems, because it’s not treated like a VR hangout that happens to have stand-up comedy, but rather a brick-and-mortar stand-up show that happens to be have VR.

Guests bump into Kevin Hilt, the metaverse’s security bouncer, at the hybrid virtual and in-person “Failed to Render” event in Las Vegas.

Comedian Tommy Sinbazo on stage at the event.

Sinbazo’s avatar is simultaneously released in the Metaverse’s Comedy Room.

ABOVE: Guests bump into Kevin Hilt, the metaverse’s security bouncer, at the hybrid virtual and in-person “Failed to Render” event in Las Vegas. BOTTOM LEFT: Comedian Tommy Sinbazo on stage at the event. BOTTOM RIGHT: Sinbazo’s avatar is simulcast in the Metaverse’s Comedy Room.

Again, I put on the borrowed glasses and entered the metaverse. This time I was inside a busy living room with a bar, a stage with a curtain and a mic stand, and even a nifty way to navigate a back hallway to access the “green room”, where comics can gossip without the audience hearing.

I encountered Render immediately, i.e. my cartoon slid down the hallway until it was near Render’s cartoon. I have no idea what Kyle looks like in real life. Here, however, he looked stylish and comfortable, with a black beard, swept-up hair and a white blazer with green lapels over a purple shirt. Or, at least, that’s what his avatar looked like. We were all a bunch of floating, blocky, untextured, rudimentary three-dimensional caricatures, almost like characters from an old Nintendo Wii game.

After showing me around, Render warned me that I might take a few minutes to customize my avatar, because apparently my character’s nondescript brown hair, featureless face, and simple blue collared shirt made me look like a noob. I shamefully admitted that I had already spent half an hour customizing my avatar. I silently navigated to a menu and added a weird jacket.

While waiting for my turn backstage, I rehearsed my set in my head. Anything that required facial expressions was out – I didn’t have them anymore (although some expensive VR rigs can track and replicate eye movements). So, for example, I couldn’t tell my joke about Capri Sun Sport, which requires emulating a hardcore athlete carefully inserting a straw and drinking from a spout pouch – the punchline just doesn’t work without functional lips.

Render introduced me and I took the stage, gazing at the crowd of around 50 avatars. I started one of my standard introductory bits about being raised in Delaware. The joke usually includes mob work, a variation on “Where is everyone from?” But in VR, if the audience shouted in response, I couldn’t hear it. It was hard to hear the laughter from the stage. The audio in this particular metaverse is proximity-based, so you can hear other people louder if your avatar is next to theirs.

At least the crowd was respectful. For random people from around the world, in a virtual environment with little consequence for frantic running, straight sprinting through other people, or general loss of mind, the show was unmistakably civil and orderly. The audience, for the most part, was hovering in the club and seemed genuinely interested in watching the show. I’ve definitely had worse experiences on real-life comedy shows.

I kept waiting for the rush of excitement I usually get when playing, the thrill that made me want to pick up a microphone 20 years ago, take early night buses just for the time to scene. But it didn’t come. I just couldn’t get my brain to believe I was anywhere but the basement.

The render runs from the green bedroom bathroom.

By the end of my set, I felt less like I was performing a comedy show than writing and directing a three-dimensional cartoon character in real time. I have no illusions that VR comedy will ever replace live comedy; Neither does Render, which also produces live shows and hybrid live/VR shows. The stakes are higher when you’re in the room together and anything can happen; the audience and the comic feel a sense of community, an element of danger, and an experience that no one outside the play has shared. During a VR show, the audience is not in the same room and never will be.

For me as a performer, virtual reality still hasn’t scratched the same psychological itch as a crowded club, brick wall, blinding spotlights and a minimum of two drinks. It is the world that I miss, and no simulacrum can make me forget what is lost.

And that, according to “Big Al” Gonzales, a nationally touring comedian who consults for “Failed to Render,” is exactly the wrong takeaway. Virtual reality was never meant to replace live comedy, he says, only to complement it – just as TV and movies weren’t replacing live theater, as some feared. The setup is different enough that any comedian like me who is just trying to crack live jokes on the VR platform is set to fail.

“At first it was frustrating because we wanted to do comedy exactly like we did on stage,” Gonzales admits. But he adapted, changing his timing, tightening up the phrasing and making more use of the dynamics of his voice, which he says ultimately made him a better live comedian. “You adapt to the medium.”

I don’t mean to denigrate VR, especially since I’ve been far enough beyond its typical demographic for years to write my first jokes in WordPerfect 5.1. It’s a terrific new niche that’s ripe for comedians to innovate, and “Failed to Render” is a well-managed example of that.

And, while I may not have noticed it at the time, audience members certainly seemed to be having fun – maybe not with the sound of laughter, but with yellow cartoon applause emoji, the VR equivalent of approval, excitedly popping out of their cartoon heads.

Adam Ruben is a writer, comedian, and molecular biologist from Washington.

Sinbazo in front of the live audience.

Next Weekend box office predictions: Uncharted and Dog look to continue their success with debuts from Cyrano and Studio 666 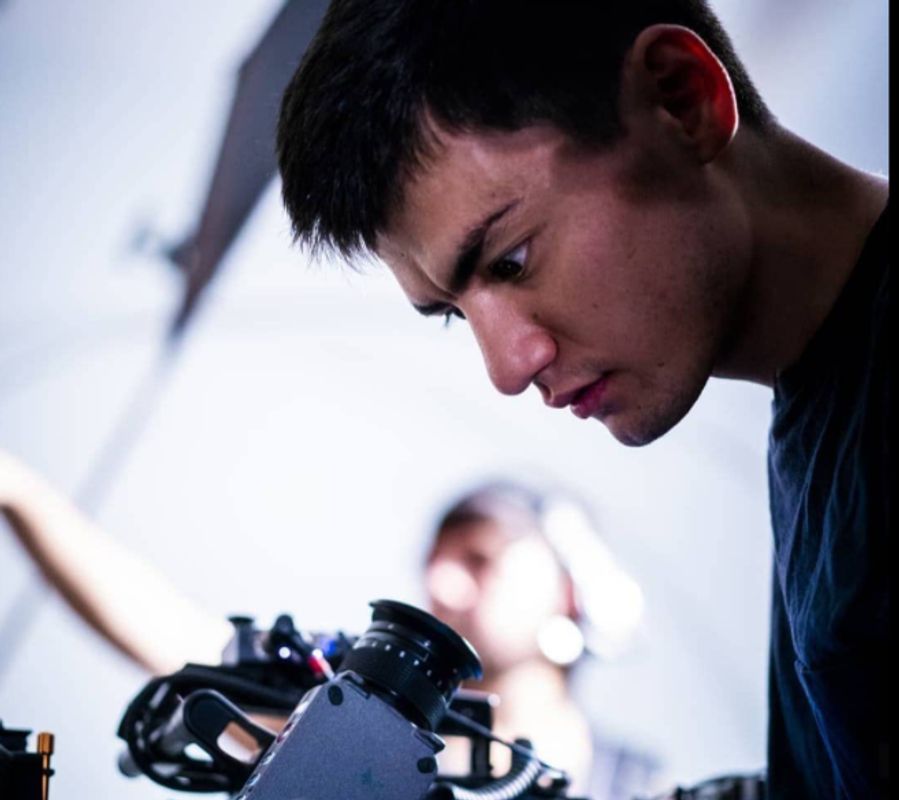 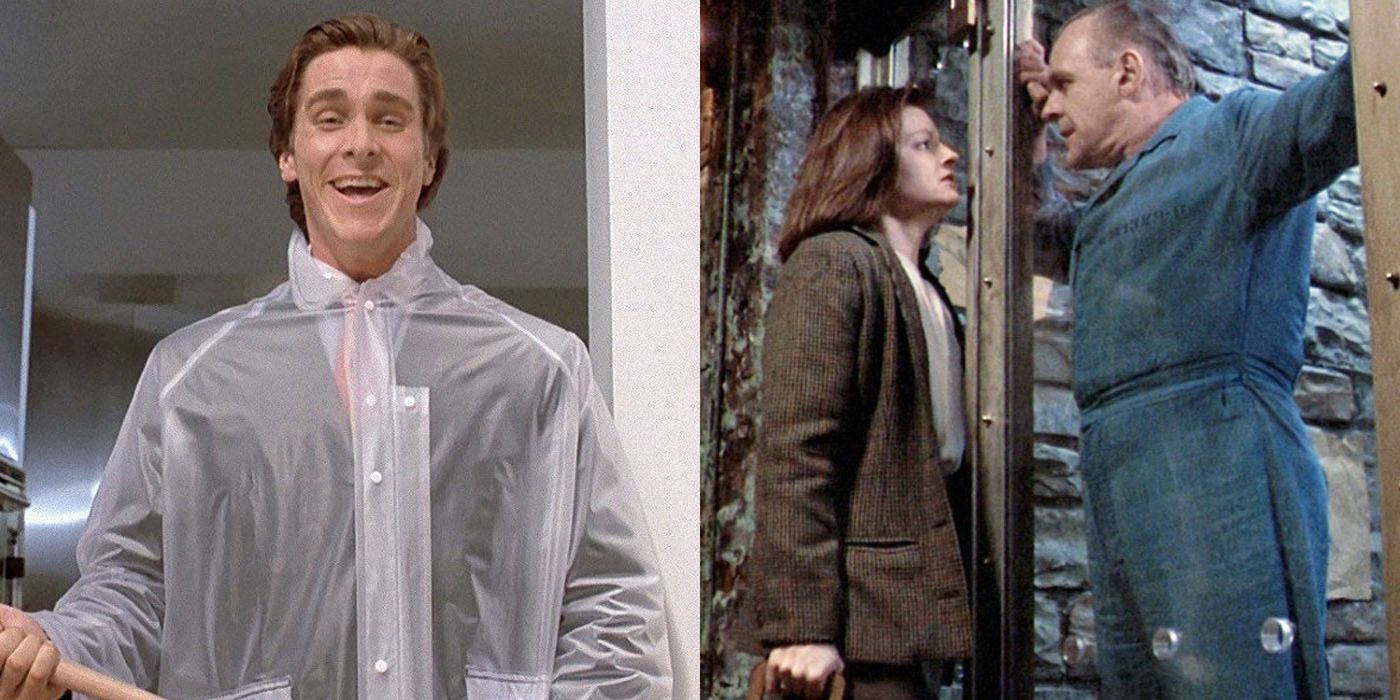 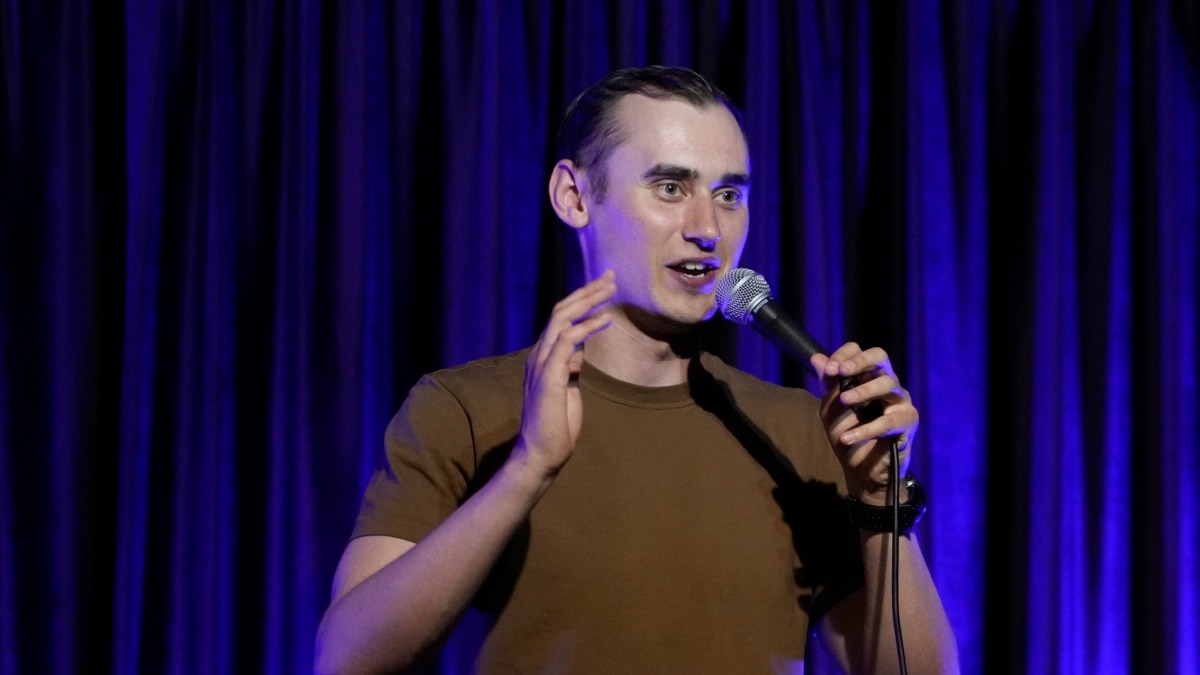