Zombies ruled the Earth in the 2000s. Whether it was slow or fast, it seemed like a new zombie movie or TV show appeared every year at the start of the new millennium. However, that had taken a long time to come.

Considered the first of its kind, 1932 white zombie arguably brought the international concept of zombies to Western media. Filmed on the same Universal studio of Dracula and Frankenstein front and featuring the Count himself, Bela Legosi, white zombie would take inspiration from the original zombie folk roots and bring them to life as corpses through nefarious voodoo means. While the zombies themselves served as the backdrop for Legosi’s eyebrows, many of the tropes we recognize in the movies today were used from the start.

1943 I walked with a zombie would do more of the same, but with a greater emphasis on its plantation setting, black slavery and voodoo origins, it ironically aged worse than the previous white zombie.

king of the dead

In 1968, George A. Romero capitalized on the idea of ​​walking corpses with his “Living Dead” series. Locked in a farmhouse with unknown ‘ghouls’ outside and threatening to break in, Romero’s night of the living dead would be the seminal film at the birth of the subgenre that has invaded our televisions today. Romero’s zombie movies, while all so wonderfully different, are on the whole a dark look at humanity. Despite this, the films are colorful and funny, with some seriously nasty physical effects that shift from no-frills black and white to gritty red guts and 80s gore.

Unlike their origins, the Romero night of the living dead would choose black actor Duane Jones as the lead. During the American civil rights movement, a black man facing an entire movie as a stable hero was a brave and thoughtful move at the time that definitely changed the game going forward and returned the final reel of the film completely unforgettable. Romero would continue in the genre he helped create until his passing in 2017.

The dead will walk the earth

With dirt and blood under their fingernails, imitators emerge from the ground. The infamous Italian horror schlockmeister Lucio Fulci added to the gore with very little plot in his Zombie (A.K.A Zombie 2 A.K.A Zombie Flesh Eaters) and City of the living dead. Both of Romero’s rip-offs, the first features one of the most horrific eyeball kills in horror and even somehow includes a zombie fight against a shark that would blow up Adam West.

With Italian horror in the works, European cinema has had a lot of fun with zombies since the turn of the century. The Spaniard [REC] The series provided intense scares and one of the strongest examples of the case for found footage horror. [REC 2] improved on these ideas, immediately continuing where the original left off, and the US would remake the film in 2008 with the very basic Quarantine, which removed the subtitles but added almost nothing.

Elsewhere on the continent, and following the success of Nazi zombies in the Call of Duty Game, world at warthe Norwegians would offer us undead in uniform in the magnificent low budget dead snow and its retinue of nazi zombies Dead Snow: Red vs. Dead. German comedian Henning Wehn ​​remarked, “If something came out of the grave and tried to eat my brain, I don’t care what their ideology is!”

The UK has always loved a good zombie movie. Hammer Horror, the great institution of ghosts, would inevitably dip its toe in blood when it created its own The plague of zombies in ’66. And rightly so; with its practicality and minimal budget required, zombies thrived for a long time in a frugal British film industry always in search of films that could be brought to the screen cheaply.

Put Danny Boyle and Cillian Murphy (Peaky Blinders) on the map, the large 28 days later broke all the rules and let their “infected” sprint through an abandoned capital. Released only a year and a half apart, Shaun of the dead arrived in 2004 and created a one-two punch effect that made each zombie movie that followed feel like a variation on a theme.

Perhaps the best zombie movie outside of the Romero movies is 2004. Shaun of the dead. A parody of this source material that stands so strong and funny on its own that it bears no resemblance to the traditional meaning of “parody” in cinema.

black mirrorCharlie Brooker poked fun at fame and Channel 4’s big brother with his excellent Dead Set in 2008, and later low-budget tacky treats like Danny Dyer/Stephen Graham with Doghouse and the desperate foxhole survival Outpost see the first decade of the 2000s UK trend. Here we can already see the gradual shift in zombie greatness away from America.

As we entered the 2010s, zombies still ruled the Earth but were beginning to disappear. The Walking Dead, a slow-burn television series with a feature film budget, airing on AMC. Focusing on a group of brave survivors led by a former sheriff, it was America in ruins, and it was billed as the next must-watch TV show.

In its third season (aired from 2012 to 2013), The Walking Dead was accused of simply repeating himself. By its fifth, the show had no more excuses. Fast forward to today, and The Walking Dead is inexplicably still ongoing and will conclude its 12th season this year for the approximately seven people at home still watching.

American Zombies: All Filled, No Thriller

While the UK and Europeans experimented and deconstructed the zombie trend, America kept pushing forward with contributions that simply said nothing new. The Walking Dead made zombies a tired joke now. Having run (walked, sorry) ten sets too many and failed to tackle new ground in Fear the living dead.

resident Evil, a game series that’s known for reinventing itself over and over for the better, seems doomed on the screen with its ever-different yet ever-crappy releases. More recently, Netflix resident Evil discontinued series, which has been endlessly mocked online. Steel man‘s Zack Snyder would return to his zombie roots with army of the deada totally bland and violent slog focused on blood and guts on people, which was made even more of an off-screen joke by Snyder diehards who flooded the Oscars with votes on Twitter to crown him “Fan Favorite” in 2022. There is also a disturbing tendency to militarism and nationalism in these films.

Now that Romero is dead, the king is long gone, and American soil hasn’t been groomed enough for great zombies to come out in his place. Audiences began to look elsewhere for their horror, filling the void that Romero’s Dead series had previously filled.

Last stop of the zombie train

In recent years, Asian cinema has made strong and intriguing variations on the zombie horror trope, especially with additions like the Train to Busan series and A cup of the dead (respectively South Korean and Japanese). Tense and emotionally focused on their individual characters and journeys, these films would bring their own distinctive familiar sense of humor to their images amidst the obligatory bloodshed of subject matter, and set them apart from what had come before. Asian TV has even tackled the zombie genre in a superior way, with heart-pounding shows like Kingdom and we are all dead excel where American zombie media have often failed.

Horror as a whole has also evolved from the zombie, and American audiences are more interested in different subjects and high horror movies, now emphasizing the mental state rather than the (gore of the) physical body. Jordan Peele’s works in the genre, for example, presented a daily and exhausting racism, a cultural issue far more pressing right now and before us. Robert Eggers explored history and madness, and Ti West dissects horror theory in X and other movies.

With its own American roots, zombie cinema has derived from the collective consciousness of the American moviegoer. And it boils down to the simple fact that the 2000s capitalized on a trend (and our own fears of overpopulation/starvation and violence against our fellow human beings), and that America had a very different approach to the rest of the world. The UK, Europe and Asia have used their own cultural interpretations of the theme, while US releases have continued on the same path and have now either: continued for too long in the same way that no one else has. cares more, or have simply been too critically lackluster in film to make a real impression (see: World War Z, Zombieland 2).

Like the zombie itself, after the boom of the 2000s, the US market became chaotic and oversaturated and gave way to eating itself. Now we are looking for zombies overseas.

Next 5 Psychological Horror Movies An Average Person Would Never Survive 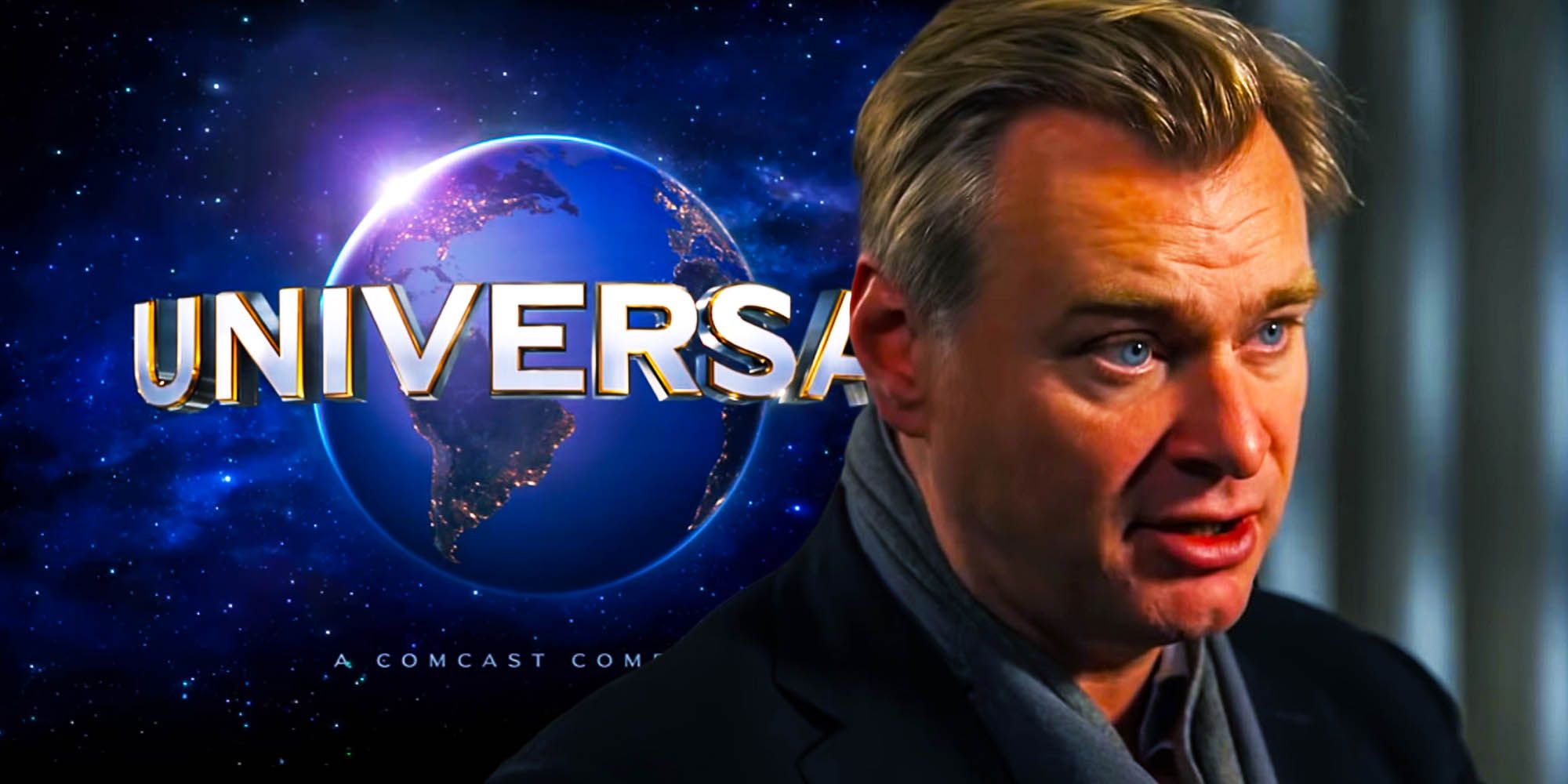 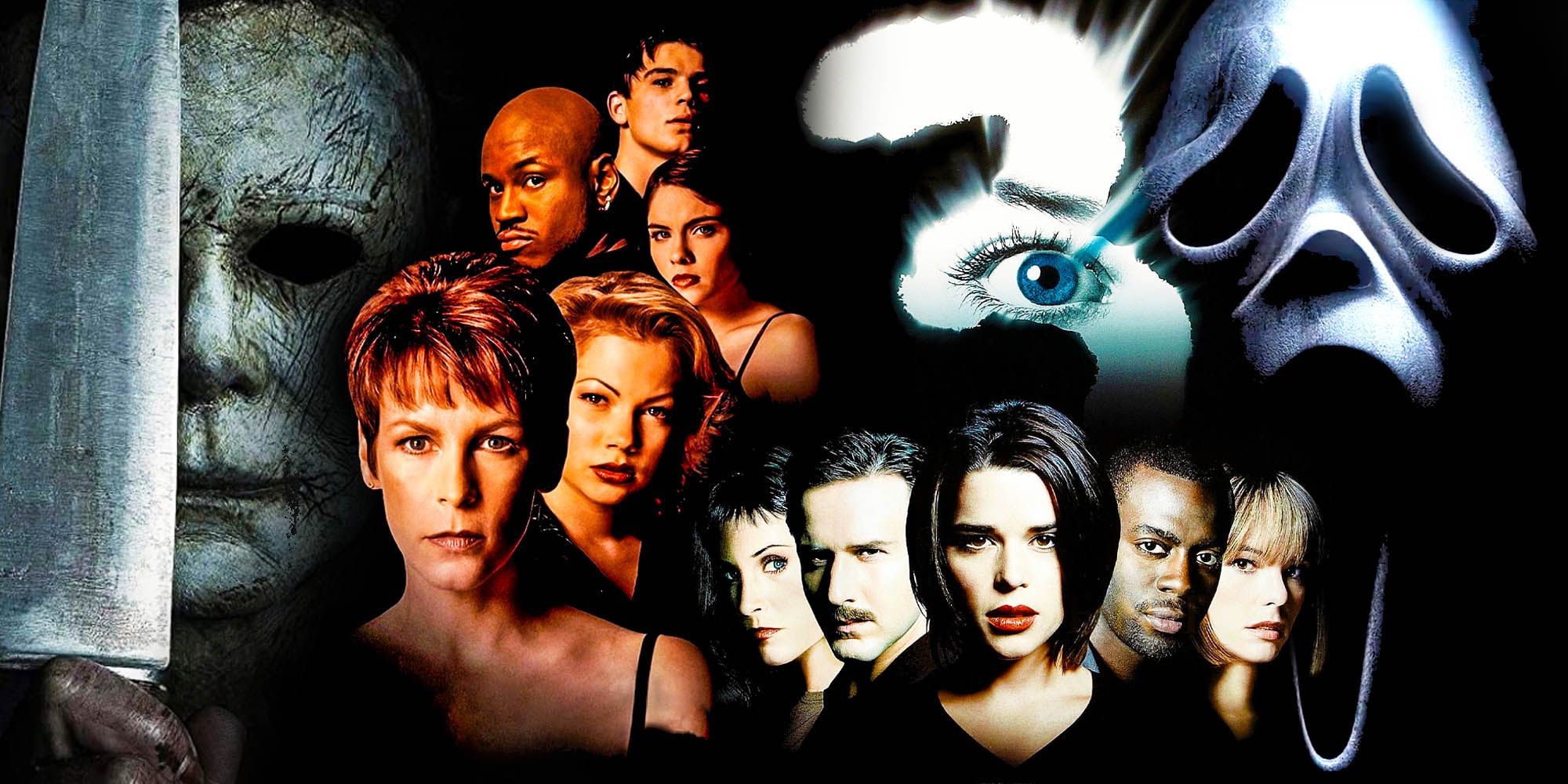 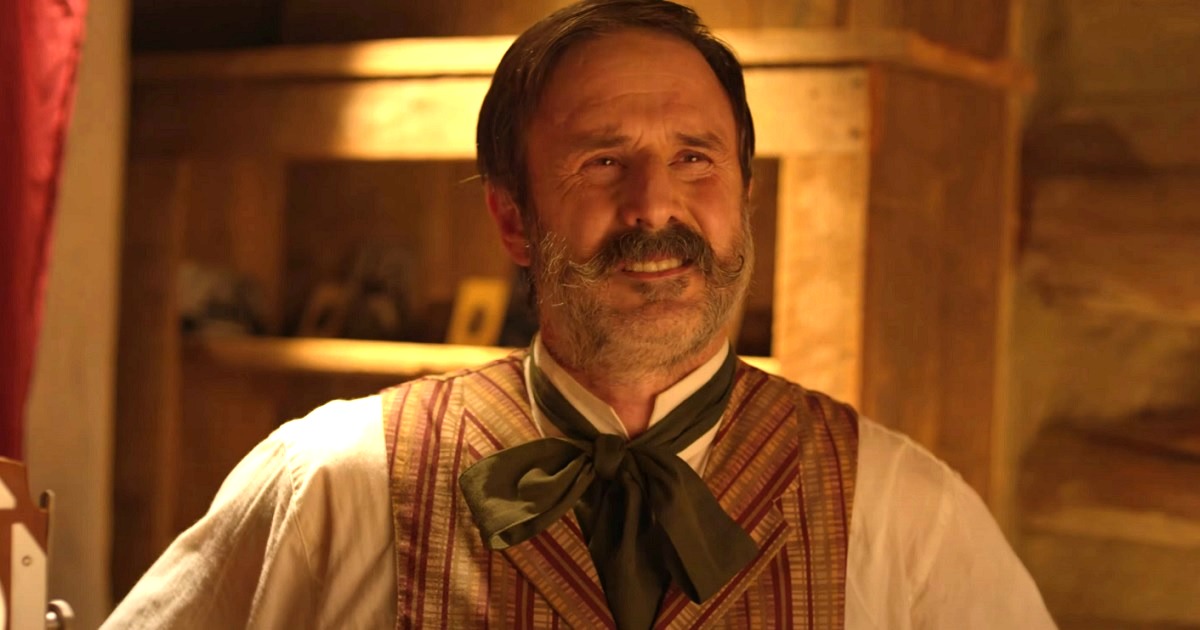 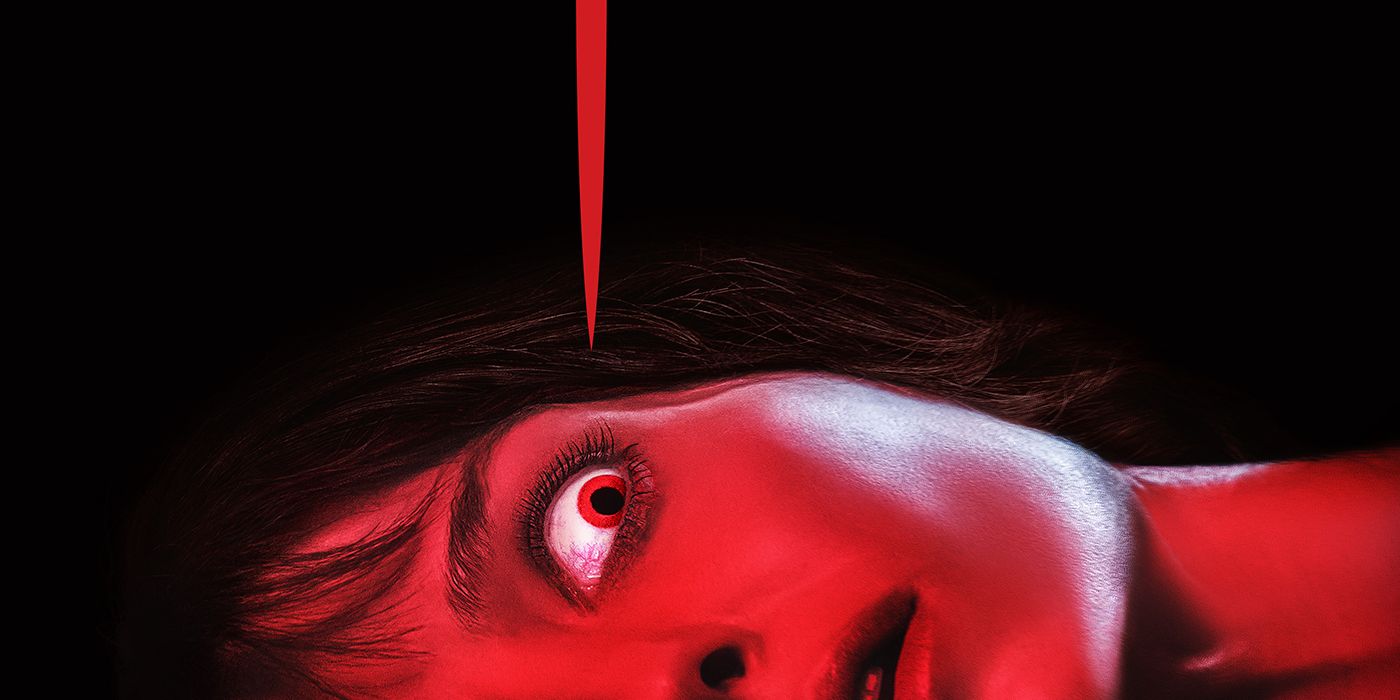